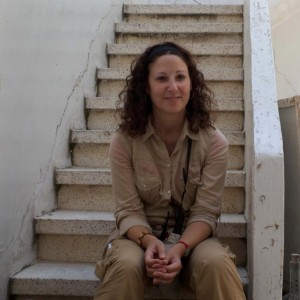 Rosa Meneses is staff reporter at the Foreign Desk of the Spanish leading newspaper EL MUNDO since 1999. She is expert in Middle East and Maghreb, covering war and post-conflict transitions, humanitarian crisis and social unrest, migration, Human Rights, terrorism and political Islam issues for the last 20 years. Since the beginning of the Arab Uprising, in 2011, she is covering the news writing specially from Tunisia, Libya and the war-torn Syria and Iraq. As special envoy she usually covers important events in MENA countries as Algeria, Morocco, Western Sahara, Egypt, Sudan, Yemen, Iran, the Gulf countries, Lebanon, Jordan, Israel and Palestinian territories or Turkey. As a war correspondent, she reported during the conflicts of Lebanon (2006), Libya (2011), Syria (2012) and Iraq war against Islamic State (2016).

She is Bachelor of Art, Major in Journalism and has Graduate Studies in International News and the Developing World, both at College of Information Sciences, Madrid Complutense University. She has a Diploma on Foreign Relations by the Diplomatic School of the Ministry of Foreign Affairs of Spain.

She is Ochberg Fellow at the Dart Center for Journalism and Trauma, Columbia University's Journalism School, New York. She participates with other Fellows in a global network of journalists who do advocacy for an ethical coverage of trauma, conflicts and social injustice.

In 2016 she’s been awarded with the Human Rights Journalism Prize for her coverage on refugee crisis by the Spain Association for Human Rights (Asociación Pro Derechos Humanos de España).